When we look at contemporary life, it is evident that our perception is often punctuated by technology–so frequently that we no longer distinguish between simulacra and material. The various devices we interface with give rise to the images, connections, and feelings that now comprise the phenomenological texture of our reality. These devices and software systems operate in discrete terms; to be precise, they operate in code. Beyond its literal numeric, keystroke value, code language also bears symbolic meaning. This language follows inherent patterns to manifest real shapes, motions, objects, and events–ergo, “reality”. By definition, these tendencies are not actual, but virtual–e.g. not physically existing as such, but made by software to appear to do so. They represent potential. They represent something in essence, or effect, but not in fact. Despite the premise that reality may not be fully, or actually, represented by these technologies, virtual reality can influence direct experience, quite literally by influencing physical virtues or capabilities. Indeed, this is part of the origin of the term “virtual”. Using various arrangements, 1 interactions and sensory enactments, DiMoDA 2.0: Morphḗ Presence looks at the work of Brenna Murphy, Rosa Menkman,Theoklitos Trian and Miyo Van Stenis to indicate the power and failure of technology when attempting describe, or frame, reality.

Helena Acosta is a Venezuelan New Media Art curator, based in New York. Her work investigates and promotes social projects that take place within digital cultures. As curator, producer and creative director, she navigates the lines between art and activism. Her curatorial projects have received awards from Tokyo Wonder Site in Japan and the Generalitat of Catalunya in Spain. Helena is Cofounder of “Dismantling The Simulation,” a collective for visual activism and guerrilla actions that seek to question and dismantle the different discourses, events and information distribution schemes operating within Venezuela.

Eileen Isagon Skyers is an artist with a cellphone. She has worked in contemporary art and non-profit arts organizations including the USF Contemporary Art Museum (Tampa, FL), The Wassaic Project (Brooklyn, NY), and the Portland Institute for Contemporary Art (Portland, OR). Her text, Vanishing Acts, has been published by LINK Editions (Brescia, Italy) and her moving-image work has been exhibited nationally and internationally in Portland, OR, Los Angeles, CA, The Hague, NL and New York, NY–among other cities. She holds a BA in Philosophy and a BFA in Studio Art from the University of South Florida, Tampa, FL and an MA in Critical Theory and Creative Research at Pacific Northwest College of Art, Portland, OR. 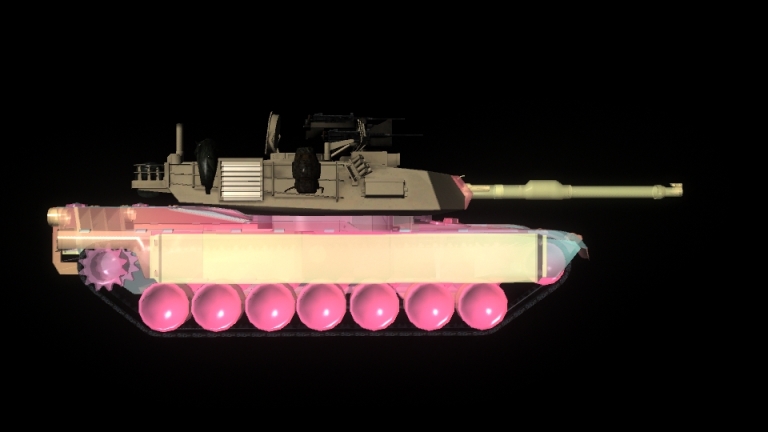 MIYÖ VAN STENIS is an Artist and curator, specialized in New Media Art, currently based in Paris. In her work, Miyö explores digital objects such as interfaces, operating systems, softwares and devices that areinvolved in the Internet, both as limits and performative actions. The value of these objects is often found throughhuman error. Miyö also created a series of projects related to the sociopolitical crisis in Venezuela. In her work ascuratorer Miyö explores the criticism and the aesthetics of new media ; such as DeOrigenBelico since 2010 and Beautiful Interfaces. In 2013 Miyö founded the activist group: Dismantling the Simulation.

Theo Triantafyllidis (Theo Trian) is an artist and architect from Greece. He got his MFA from UCLA, Design | Media Arts by presenting a guide called “how to everything” as his thesis, under scholarships by UCLA and the Onassis Foundation. Earlier, he got his diploma of architecture from the National Technical University of Athens. Humor, lush visuals and gaming tropes provide an entry point to his work. Computer simulations, improvisations and failures, awkward interactions and precarious physics are employed to produce visual gags. By manipulating emerging technologies, he is searching for their potential emotional impact and the designated limits of their use, often trying to break them. Webpages, virtual and augmented reality, games and interactive installations are his mediums of choice for this. At the point of their climax, his pieces often become overwhelming, exaggerated or outrageous, trying to expose the audience to the underlying themes that inform his practice. These are strongly related to internet culture and include isolation, sexuality, violence, addiction and fear of missing out. Together with a general overflow of information and its nonsensical nature, this is the part of the internet that he considers the context for his work. Trian has shown work in museums, including the Hammer Museum, the Armory Arts Museum in LA and various galleries such as Young Projects, Husslehof, New Wigh and Intelligentsia Gallery in North America, Europe and Asia. He has also participated in multiple online shows including thewrong.org, cloaque.org and h0000ff. Theo Triantafyllidis is based in LA.

Rosa Menkman is an artist and theorist who focuses on visual noise artifacts, resulting from accidents in both analogue and digital media (such as glitch, encoding and feedback artifacts). Although many people perceive these accidents as negative experiences, Menkman emphasizes their positive consequences: these artifacts facilitate an important insight into the otherwise obscure alchemy of standardization via resolutions: the creation of solutions or protocols, and their black-boxed, unseen, forgotten or obfuscated compromises and alternative possibilities.